My step-son, Greg, made it possible for us to make a trip up to Brown's Point Hunting Club, Saturday, as his guest to spend the day and see our old hunting buddies that I have not seen and a long, long time...so long, that I did not recognize some of them!  Bob had been with Greg to hunt, zero in guns, mow the grass, plant food plots or whatever he was assigned to do.  There are approximately 23 members that belong to the camp on 2,000 acres.  Bob was a member of this camp years ago but the dues kept going up and we had to pull out.  This is where Bob first hunted when he came down south to Vicksburg from Champaign, IL, to be the new Director of Labor Relations/Personnel Manger of Anderson-Tully Lumber Co., (ATCO).  This was also the same hunting club where Bob harvested his first deer ever and Greg getting his first deer the same day.  You can read about this hilarious hunt on his blog at TWO DOGS TALL.  Below are some pictures I took as we were headed towards the camp yesterday morning.  The camp is on Kings Point Island, which is part of Warren County.  You have to cross the Yazoo River by ferry to get to it.  I harvested my first 8 pt. buck there on New Year's Eve '89 and eventually got another nice 8 pt. that was with two does and dropped him with a shot to the neck. We had the hide tanned and it's hanging on our wall with the 8 pt. rack beside it. 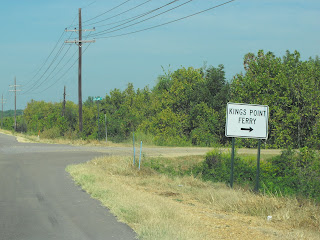 Haining Road on the Port of Vicksburg. 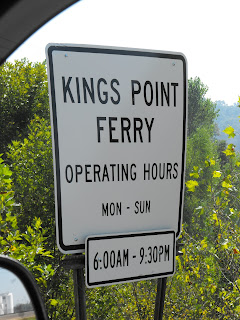 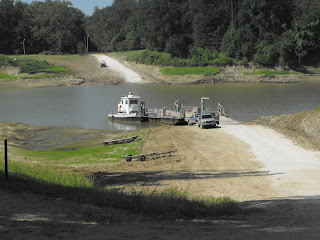 Getting ready to get on the ferry to cross over to Kings Point Island. 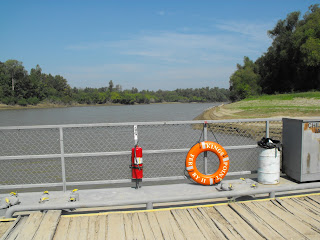 Looking North up the Yazoo River. 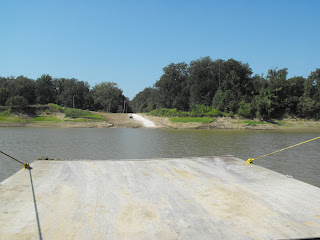 Heading towards the landing. 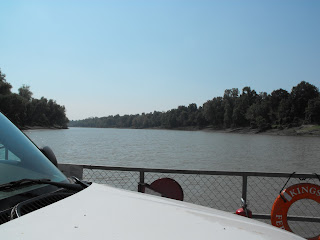 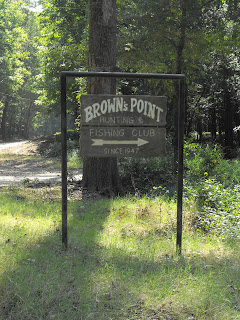 Brown's Point here we come!
To be continued...
Posted by Marian Ann Love at 6:17 PM