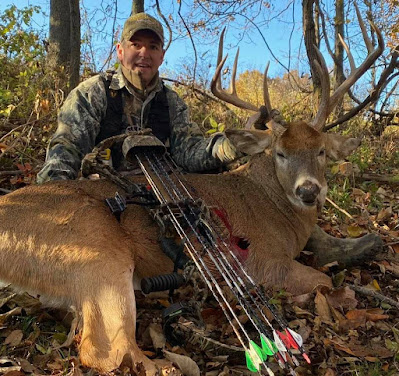 Vicksburg's hometown resident Scooter Whatley spent the first weekend of November bowhunting in Pike County, Illinois.  Although he has been bowhunting for 20 years, he had never actually shot a deer - - until this trip.  On the first hour of his five-day hunting trip, this 8-pointer with a split brow tine wandered into view.  Whatley took his shot, and hit, taking down the 255-pound buck.  He spent the rest of the week videotaping the hunting adventures of his friends on the trip, but he was the only one among them who harvest a deer. 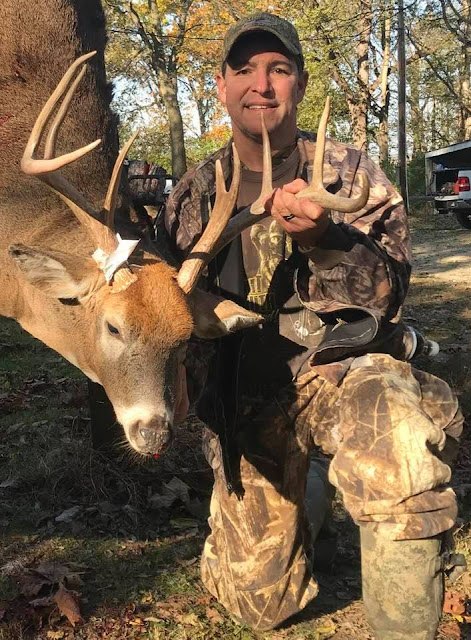 Scooter is my friend on Facebook, and I have known him ever since I started hunting at Brown's Point on Kings Point Island back in the late '80s.  He was videotaping hunts back then.  I actually worked with his Dad, Harold, who was also the President of the deer camp back in the late '60s and early '70's.  I hunted out of his deer stand as well. 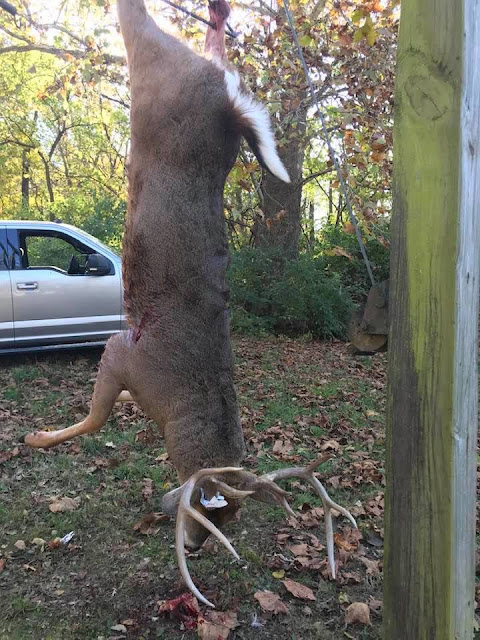 Scooter is a Producer/Director/Videographer-MS Outdoors TV and Marketing at Mississippi Department of Wildlife, Fisheries, and Parks.  Also, was a freelance camera operator-Southeastern region at ESPN.
My congratulations on Scooter's fine harvest in our great wild and wonderful Mississippi outdoors!  I'm so proud of him.
Posted by Marian Ann Love at 8:18 AM