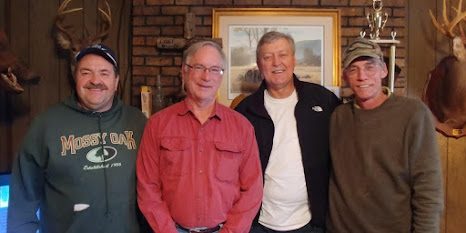 The pictures were taken of my blogging and hunting buddy (Rex Howell) on January 26, 2020, before we broke camp at the famous Christmas Place Plantation and Hunting Club on the edge of the MS Delta.  Standing with Rex is his good friend, Mark, his brother, Paul, friend Steward, and Rex.

I got word that he has spine cancer with secondary lung cancer which is at stage IV.  He had to have spine surgery (5 hours operation) early Christmas morning because the MRI showed spinal collapse where cancer had deteriorated vertebrae in the malignant area of his spine and had collapsed and splintered and was compressing on the area of the spine which controls sensation and mobility. The consequences were paralysis and oftentimes permanent. The Doctor removed as much of the cancer as possible, removed the splintered bone, and rebuilt his spine with metal pins, so Rex is essentially the bionic man now and he has full sensation and mobility according to Denise, his wife. She said, the back surgery for his spine cancer has weakened him and though he is a fighter and very tough and strong we must wait to begin cancer treatment until his recovery is a little further along. He begins physical rehabilitation either today or tomorrow. When he is stronger he will receive intense chemotherapy for about a week and a half and radiation and any treatment deemed best for him from his immunotherapy screening. Then milder chemotherapy and radiation. 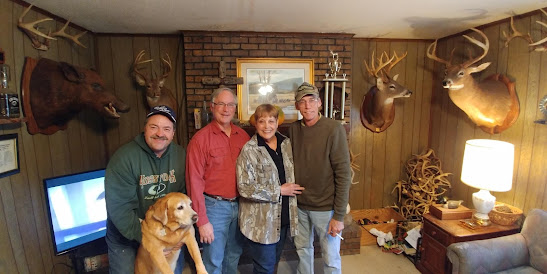 Rex called me on Sunday, December 20th to let me know that he was sick. His voice was strained, and he did not sound like himself. He said we will have to call off hunting in January. It was a very emotional phone call and did not realize how sick he really was and said he had kept it quiet. So sad.

Please keep my friend Rex Howell (Deer Camp Blog) in your prayers as he battles cancer in his body. May God be with him and bless him!

Thank you so much, my friend, Gorges Smythe.