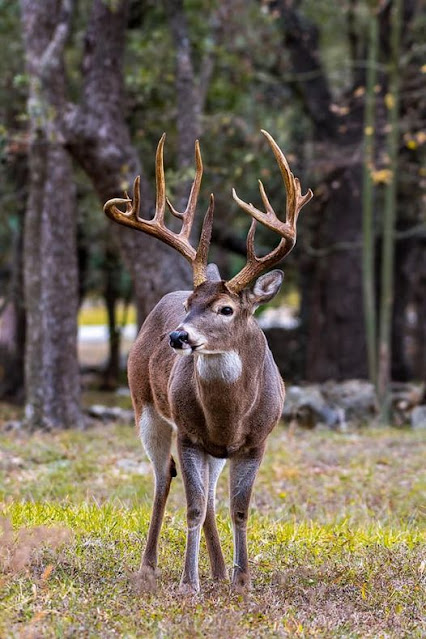 This picture was shared by Jared Markjraf and said he had to show off this big boy, probably the highest-scoring buck he had ever seen in the city suburbs of San Antonio, TX.  He lives on a private golf course and ventures into surrounding neighborhoods during the rut.  He presumes his sheds are picked up by the course morning crews or a lucky golfer.  Looks like he scored in the mid 190s before breaking half of his g2's off.