And Now We Shall Do Manly Things: Discovering My Manhood Through The Great (and Not-So-Great) American Hunt by Craig J. Heimbuch

He had never thought of owning a gun when, in his early thirties, he was given a 12-gauge Winchester over-under shotgun by his father.  He considered himself the black sheep in his Midwestern family and possibly the only male Heimbuch never to have taken an animal.  Now he had a shotgun and figured he might as well try it out, and in doing so, explored the meaning of manhood while getting closer to his hunting-enthusiast dad.
His Dad had his own hunting stories and he wanted to live his own stories and tell them.  He also wanted to know what it was like to be out in the woods to carry a gun and listen to the sounds of the woods, to taste what he had hunted.  He thought hunting would make him feel more like a man and his wife was all for it.  Through his experiences he finally realized that he had been a loyal and loving, devoted father all the time.  Sometimes a man has to step away, to step outside his everyday life to understand the blessings he already has and to see himself as the man other people knows him.

In my own experience my Father was not a hunter and when I met my 2nd husband he taught me all about hunting and has been a very rewarding one since.  After several hunting trips I let him know that I was very interested in learning and felt like I could really do this.  I truly love the outdoors and that made it much easier for me.  It has been 28 years since I harvested my first deer.  It gave me a lot of confidence and I can relate to some of his feelings of being in our great outdoors and listening to the sounds of the woods and just being close to nature is rewarding in itself.  I have now proudly past the sport of hunting to one of my four daughters and three of my grandsons.  It does make you feel so proud that you can go into the woods and bring home food for your family.  When I first started hunting women hunters were few and far between and I had to jump right in with the rest of the guys.  They all made me feel proud when I did harvest a deer and if you were late coming out of the woods everyone would wait for you to be accounted for.  Now I have stories of my own that I can tell and can relate to other men/women hunters.  It has given me a higher level of respect from men being a woman hunter in a so called man's sport.

This book is a witty, moving, and insightful story of one man’s quest to free himself from the shackles of his domesticated suburban lifestyle by getting himself involved for one year in the sport of hunting which his family had always cherished.  He learns along the way what putting food on the table entails and what it means to be a man in America.  He also learns that it’s possible to be a committed father, a loving spouse, and a hunter without being mistaken for a gun-toting lunatic. 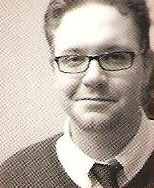 A book written by Craig J. Heimbuch who is an award-winning journalist and author. He is currently online editorial content strategist for BBDO/Proximity WorldWide, providing strategic direction for editorial content websites around the world.

I truly admire people who can hunt and can provide for their families ... it is a sport that I most certainly did not grow up with!

Thanks for being on the tour. I'm featuring your review on TLC's Facebook page today.

Thank you so much Heather J! It really gives you a great feeling of accomplishment being a woman in a man's sport and know you too can put food on the table!

Wishing you and yours a very Happy Holiday! :)