The American Queen Arrived Back In Town Yesterday 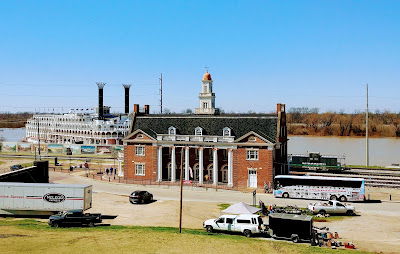 The American Queen showed up at our waterfront yesterday morning and moored near The Old Depot Museum because of flooding in the Yazoo Diversion Canal from the MS River.  Both the entrance/exit was barricaded shut.  The passengers were transported by golf carts from the busses to the rear of the museum.  (River Level: 42:90 feet - Change: +0.66 foot - flood Stage: 43 feet in Vicksburg, MS) 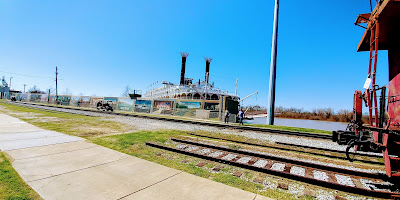 The American Queen behind The Old Depot Museum. 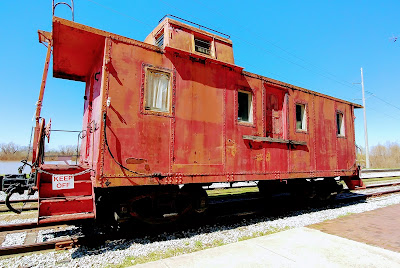 One of two train cabooses sitting next to The Old Depot Museum. 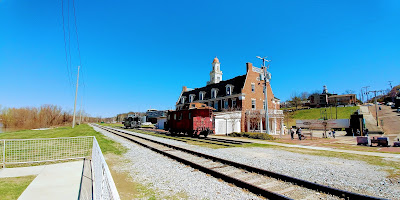 The rear of The Old Depot Museum which may all go underwater.  The last time there was a flood,  sandbags were placed around the Depot to spare it from the rising water.  Hopefully, the same thing will happen if it comes to that.  A temporary floodwall is put in place to save the murals and the road (truck route)  in front of the depot is also closed off by the floodwall. 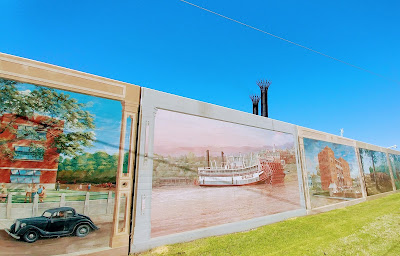 The smokestacks of the American Queen peeping up over the floodwall under the mural of the largest steam sternwheel towboat ever built on the Mississippi River, The Sprague (Big Mama).  The boat was launched in 1901 and went into service in 1902.  She operated until March 5, 1948, when she was decommissioned at Memphis and from there first went to Baton Rouge, then to Vicksburg where she was sold for $1.00 and stayed permanently.  Unfortunately, she was destroyed by fire on April 15, 1974. 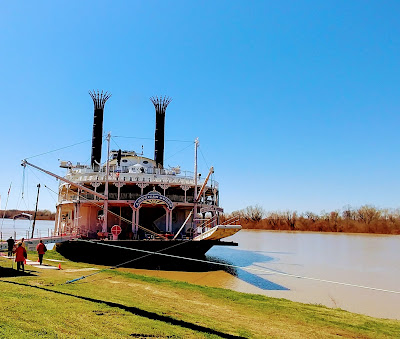 Passengers getting back on the American Queen yesterday. 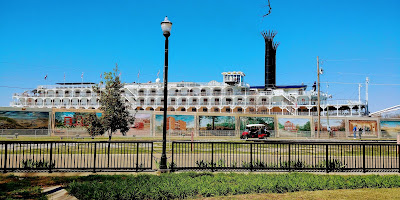 The American Queen above the floodwall and showing the Vicksburg Riverfront Murals while a cart goes by transporting passengers to and from the buses touring our city.  I was standing at the Catfish Row Children's Art Park.   She will be returning next Friday for another load of passengers to tour our historic civil war town of Vicksburg, MS.
Posted by Marian Ann Love at 2:09 PM