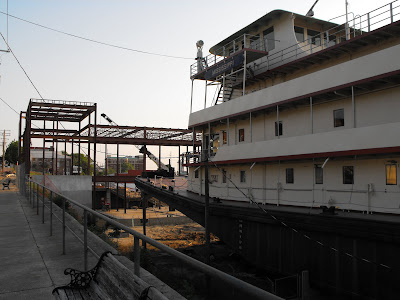 A picture I took yesterday afternoon of the MV Mississippi that is dry-docked here on Washington Street and will be part of the Lower Mississippi River Museum that's being erected.  The 1895 Fairground Street Bridge at the rail yard will soon be moved and put back down as part of the project.  (This bridge is located in the area where I grew up and used to play near).  Contract bids for the bridge relocation just went out within the past couple of weeks per my Facebook friend, Charles Bell of Vicksburg News.  He said its a very large project that appears to have made its way past federal budget cuts.  It should be completed sometime in 2012.  I posted an article about the MV Mississippi on March 16, 2009, with a picture taken on September 25, 2007, of its resting place north of town.  You can also check out the Mississippi River Museum Facebook page for further info! 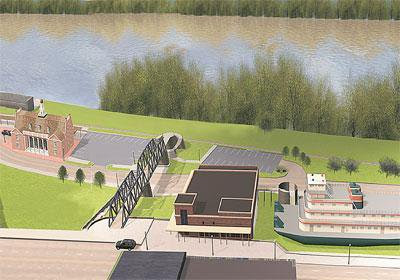 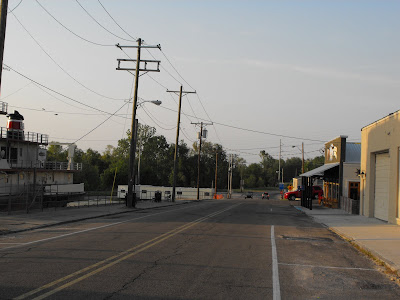 MV Mississippi on the left and Rusty's on the right, North Washington Street. 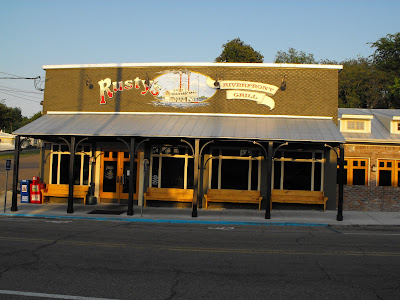 Rusty's Riverfront Grill.  This is a very popular place to eat in Vicksburg but closed on Sundays.  It's facing the motor vessel.  Rusty had a rustic place a few blocks uptown but caught on fire and he had to relocate some years ago.  Could not have been in a better location in front of a tourist attraction-to-be! 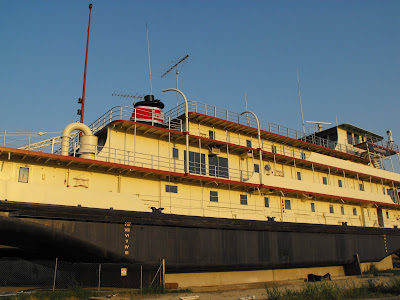 We drove behind the vessel to the waterfront to see what was happening and saw... 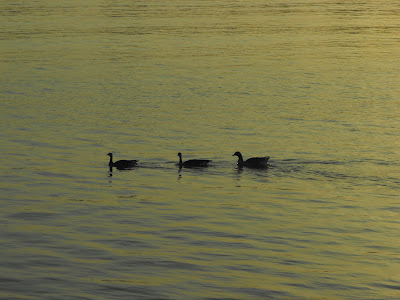 ....a silhouette of geese in the canal on the Yazoo River! 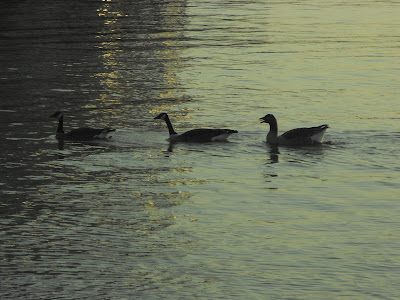 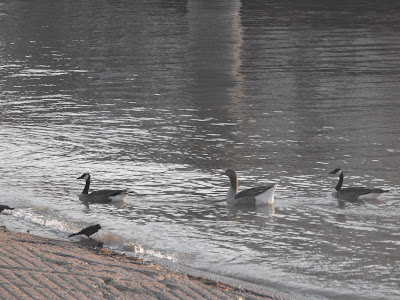 Coming to shore at the Vicksburg waterfront. 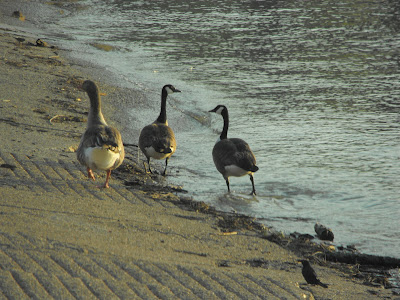 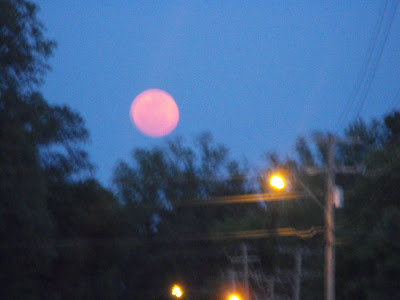 A blurred picture of the moon as it was rising yesterday evening near the Vicksburg Playhouse.  It was really a breath-taking site to see going home!
Posted by Marian Ann Love at 11:16 AM

That is a pretty place to have the MV Mississippi. When everything gets all put together I can see it being a good place to linger to watch the river flow by.

Thanks CDGardens...I thought you would like it...it's unusual for sure! :)

Thanks DeanO...I may submit the 3 geese (silhouette) to the paper and see if they will published it in the Classified Ad area where readers can send in their photos.