Removal of Barge on Pier Span 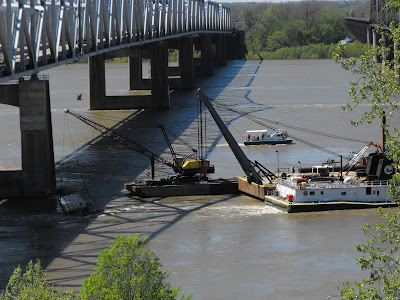 Yesterday afternoon, I wanted to go by and see the beginning of the removal of the partially sunken barge up against the bridge pier.  Officials were predicting that it will take approximately three days to complete and the cut-up pieces should float safely away from the MS River's navigation lanes. Jackson's, WLBT 3 was also on hand and a lot of people were standing around talking and taking picture while watching the event unfold.  The parking lot was so full that I had to go to Navy Circle to park our truck and walk over to the Welcome Center to take pictures.  (Read my post on April 2 about the barge strike).  Ergon, a refinery on the Vicksburg Harbor, had unloaded the partially sunken barge of soybeans so when they start cutting into it, beans would not spill out into the river.  The waterway will be closed to vessel traffic during the removal and trains crossing the river on the old U.S. 80 bridge will be coordinated by a unified command of agencies. 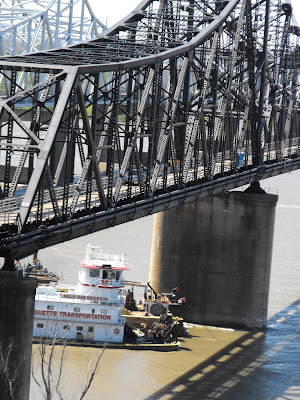 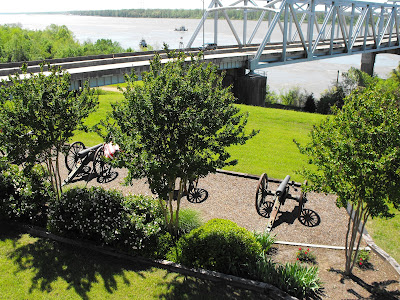 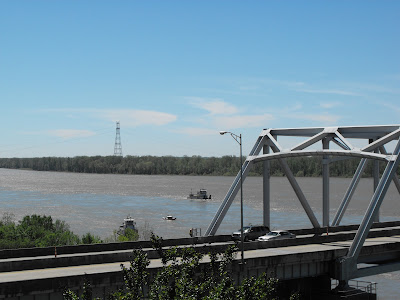 Note the SUV parked on  I-20 bridge.  This guy noticed something was going on and pulled over to the side and then backed up on the Interstate to check it out. 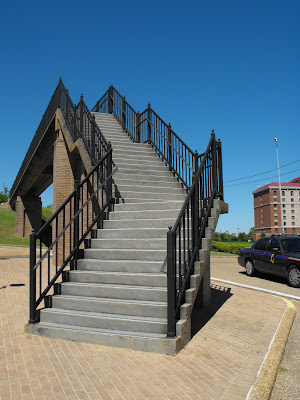 A nice cat-walk over to Navy Circle and a good place to take pictures.  The road under it leads to the old U.S. 80 bridge next to the I-20 bridge.  There is no thru traffic on this bridge, only train traffic. In October we usually have the 5-mile (walk/run/one mile fun run) "Over the River Run" that is a lot of fun for the community and outsiders alike.  I did not climb these stairs but walked across the street to the circle. 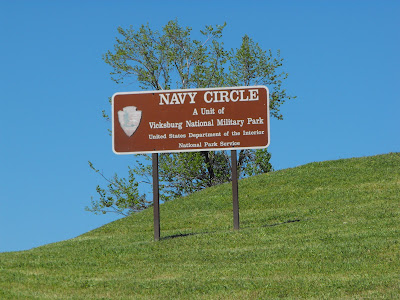